So, my first note. Regarding my whereabouts for the past few months, I've been busy, frustrated, and, although this point is of little significance, my last computer completely died. In short, I haven't been able to draw for about a week. In long...

This last Christmas, I got an Oculus Rift S. As ecstatic as I was to use it, the thing requires a DisplayPort... port? And my previous (and... current) video card only had HDMI. On top of that, if it isn't obvious by now, I'm not the most tech-savvy.

What followed for the next month was a process of failure after failure; I didn't look up beforehand if DisplayPort could be converted to HDMI via adapter, and ended up buying a completely useless pack of wires. After sucking it up, I bought what I thought to be an alright-looking AMD video card online. The thing arrived in an unmarked cardboard box, save for the shipping info, and came with no other information inside either, other than the logo on the card itself. I might be a little stupid.

This card has become the bane of my existence, and the death of 3 different pieces of technology in this household: 2 power banks, and my old computer, whose death I initially, wrongfully blamed on a different card. After installation, any computer this beast marks experiences frequent crashes and, in the case of my art programs, extremely slow scroll speed. After it's grown bored of its tourturous masque, the thing will finally kill the machine it's been inserted in, by whatever means it prefers. For my father's computers it simply killed the power banks - an easy fix. As for my old PC, that old box is completely dead; the power bank itself runs fine, but not the machine. I still haven't pinned down what specifically failed, or how. My best guess is the motherboard.

I'm not exactly sure how a video card can do something like this. If anyone has any answer, please do tell. As for my VR headset, it's still unused; I'm in the process of finding a different card for it. 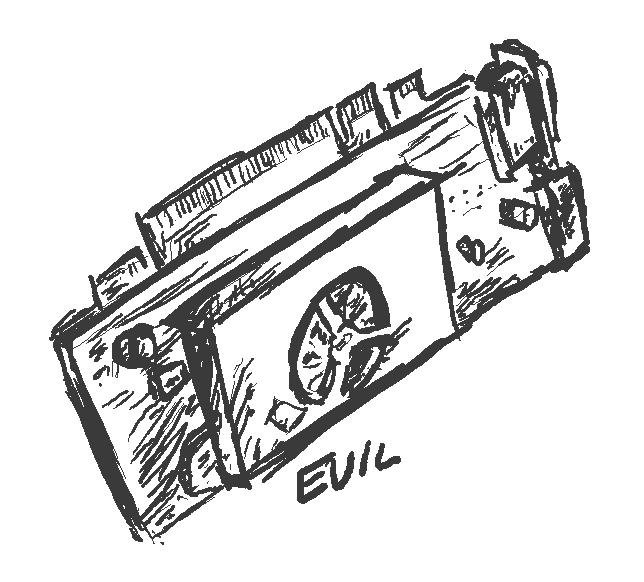 Now, as for this blog, I want to start archiving images relating to other games I'm currently playing. There will still be Lethal League sketches - mainly Candyman - but...

When I start a new game, I usually keep track of my progress through sometimes nonsensical MSPaint sketches. I do this both for memory's sake and to have something to look back on after I'm done with the game so, in a way, I can relive that experience again, just a little bit. Also, I just like to draw.

Reasoning aside, I'll start putting alternate links on the Start page that will lead to other such archives. The first will be for my sketches relating to Devil Summoner: Raidou Kuzunoha vs The Soulless Army - a game I'm in the process of playing. 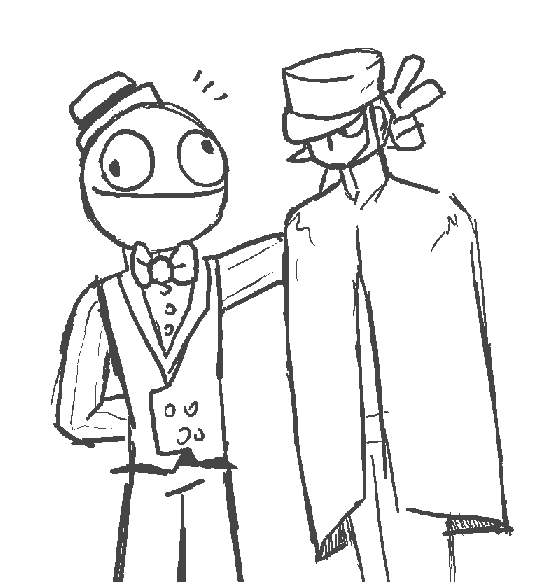